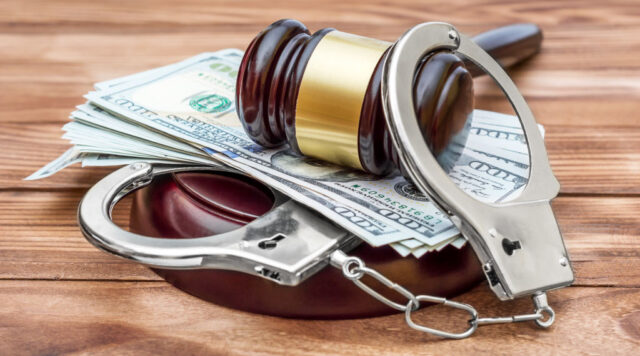 If you look up the law about bail in Minnesota, you’re likely to find a lot of annotated jargon written by and for lawmakers.

Here are some general tips about Minnesota bail and how the state law surrounding bail works here. Of course, if you have any questions or find yourself in need of bail for yourself or a loved one, don’t be afraid to reach out to us and we can help!

A huge thanks to the Minnesota Legislature’s House Research Department for this information.

Q: How do you get bail in Minnesota?

A: After you’re arrested, you can post bail and be released from jail.

For some offenses, the bail amount may be set in writing for everyone accused of committing that crime. In this case, you post bail and voila — you don’t even have to appear in court.

However in most cases, it’s not that easy, and you appear in front of a judge first. The judge sets your bail amount, and then you proceed one of three ways: You pay your bail, a third party pays your bail on your behalf, or you set up a bail plan with a bail bond agency like us to pay your bail for you.

Q: Does it work this way all over the country?

A: Not quite. Different states and Washington D.C. have different laws regarding bail. Some states prohibit bail bond agencies; others prohibit bail altogether. Wisconsin requires cash bail. If your loved one is arrested in another state, you’ll want to learn that state’s law.

Q: What’s the difference between going through A-Affordable Bail Bonds and just paying bail myself?

A: If you don’t have the funds immediately, a bail bond can help you get out of jail and work on your case from home. Of course, this does come with a premium on the bail bond, which is similar to any other insurance premium. This is earned upon your release from custody.

Q: Do I have any constitutional rights regarding bail?

A: Excessive bail is prohibited under Minnesota law. State law caps most bail at twice the amount of the offense’s highest fine.

Unfortunately, every rule has an exception, and Minnesota law has several. In fact, a judge can set bail at four, six and even 10 times the amount of some offenses’ maximum fine. These include some DWI offenses and domestic assault charges.

Some circumstances in a DWI arrest even mandate that a judge must set the maximum bail. While the judge must consider your ability to pay, nothing says they must set a bail that they know you can pay. This is when having a bail bond agency on your side is an excellent resource.

However, you still have rights. For example, you can’t be held in custody for more than 48 hours without a judge establishing your bail amount.

With the death penalty now being prohibited in Minnestoa, every defendant has the right to bail. Of course, the judge ultimately decides what this looks like.

Q: So, the judge just picks a bail amount and sends me home?

A: Not quite. The judge will consider your likelihood of appearing at your next hearing, as well as any threats your case poses to yourself or the community. They may impose bond conditions with this in mind.